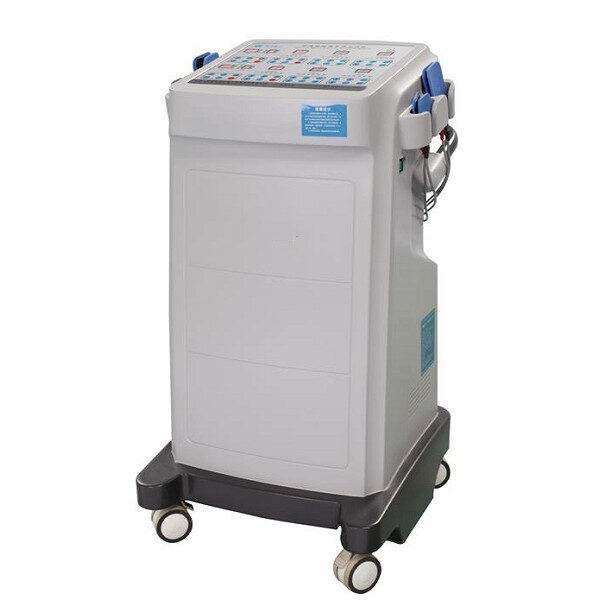 Medical Transcranial Magnetic Stimulation therapy machine is widely used in rehabilitation center, clinic and hospital, it is used for therapy. 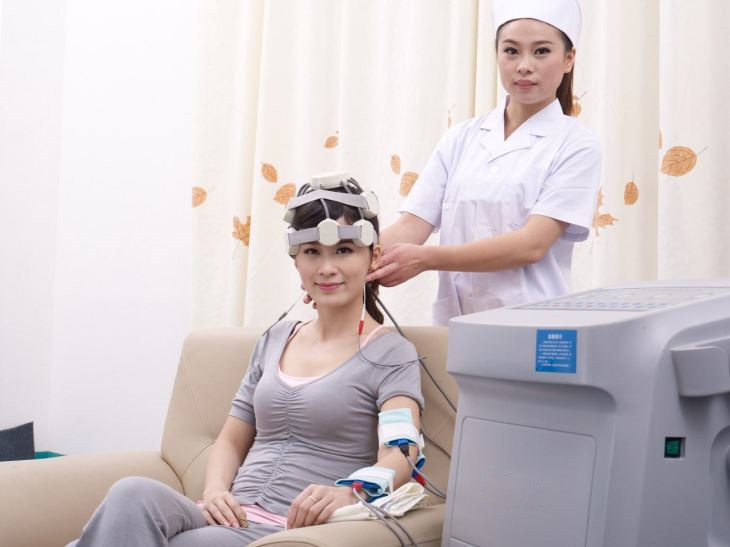 Magnetotherapy transcranial Magnetic Stimulation is a physical therapy where the magnetic field acts on the human body to stimulate the specific sites (including focus, pain spot, acupoint and ganglion) under the effect of a proper amount of magnetic field, which has the effects of sedation & analgesia, anti-inflammation & swelling and antihypertension.

transcranial Magnetic Stimulation HXY-B2 encephalopathy physiotherapeutic apparatus is a three-in-one luxury machine integrating the brain Magnetotherapy, cerebellar fastigial nucleus stimulation and limb electrical stimulation. The product is provided with the luxury trolley, the ultra-silent caster, the digital display and the color matching, elegant in the appearance.

1. It may increase the permeation of cell film,  expand blood vessel and blood and accelerate blood circulation and finally eliminate swelling and kill pain;

2.  It may eliminate irritation and kill pain through the impact of organs and physiology as well as biochemical reaction;

3. It may check the agitation function of the nerve center to improve sleep state,  lengthen sleep time,  alleviate muscle convulsion and lower blood pressure so as to play a sedation role;

3, patients with intracranial infections and tumors

6, caution for patients with epilepsy

a) 8 treatment channels, each of which can be regulated and operate independently;

f) Adjustable in six waveforms and six modes of cerebellar fastigial nucleus stimulation, adjustable in the output intensity at the levels of 0~99.